This is what good advertising looks like. They even subtly plug multiple products without even having to try. Very worth watching.

I  just signed up for an account on Empire Avenue because I heard it was a great networking site for people who blog. The things I found left me shocked. 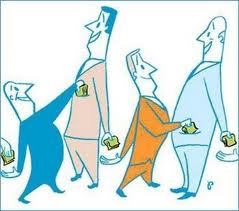 Empire Avenue, as you may have guessed from the name, is kind of like Wall Street. People buy ‘shares’ in you, investing in your worth, and you’re expected to do the same. People can offer large sums of ‘eaves’ (EA’s digital currency) if you perform certain tasks, such as retweeting a tweet, sharing a Google+ post, or following them on Instagram. That is where some of the perceived ‘networking’ comes from, as far as I can tell. More on that later. People seem to swear by the networking opportunities here, and that it can drive traffic to your various pages.

First off, the spam-style comments I was bombarded with right from the get go almost made me leave. This stuff was the likes of what you’d see in the spam folder of your blog.

“Welcome. LIKE MY PAGE. FOLLOW MY BLOG. DO THIS FOR ME. CLICK MY LINKS. MY. MY. ME. ME!!!” Well, so much for quality networking. How does that Inigo Montoya quote go? “You keep using that word, but I don’t think it means you think it means.”

I did come across some great people, who I was happy to invest in and comment back. They talked like humans. They used proper capitalization and punctuation. The seemed genuine. The EAbot must not have eaten their brains yet.

The real slap of disappointment came to me when I realized what was really going on. With these ‘missions’, people are pretty much bribing others to engage with them on social media and blogging sites. Not necessarily prospects, potential customers, or even people in your field of interest. People are heading in droves to ‘Like’, comment, +1 and share, retweet, etc. For digital, fake currency. Now. Does it spawn worthwhile conversation and new visits? Sure, but that’s not the point that bothered me.

I look to others in the industry for inspiration, guidance, perhaps some best practices. I feel like I’ve been fed lies. Social media posts that I see that are super successful, blog posts that get tons of comments and shares, so many predicated on bribery. Here I am, thinking I’ve been failing at blogging because I’m not getting tons of engagement, just some, when it turns out I’m apparently just not bribing people. How much engagement would those other folks’ blog posts and updates have seen without bribery? Would the mighty be not quite so mighty? Am I not as much of a blogging failure as I thought, but just comparing myself to impossibly stacked odds? I’m not sure whether to be inspired by this, or completely crushed by a system of underground engagement trading.

Will I still participate? Damn yea. I want a piece of this seedy underbelly of engagement pie. Now that I know how the game is being played. However, THIS guy below. No. Companies just got fined hundreds of thousands of dollars for fake reviews. Buddy, you’re doing it wrong.

Are you a devout user of Empire Avenue? Am I completely wrong in the way I’m viewing this? Tell me in the comments below. Do so, and I’ll give you ONE MILLION DIGITAL HIGH FIVES! They’re worth it. You can spend them high fiving EVERYONE ON THE INTERNETZ! 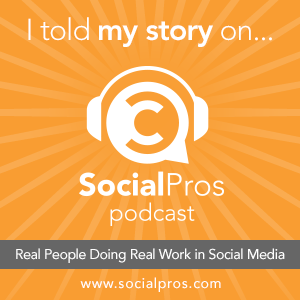